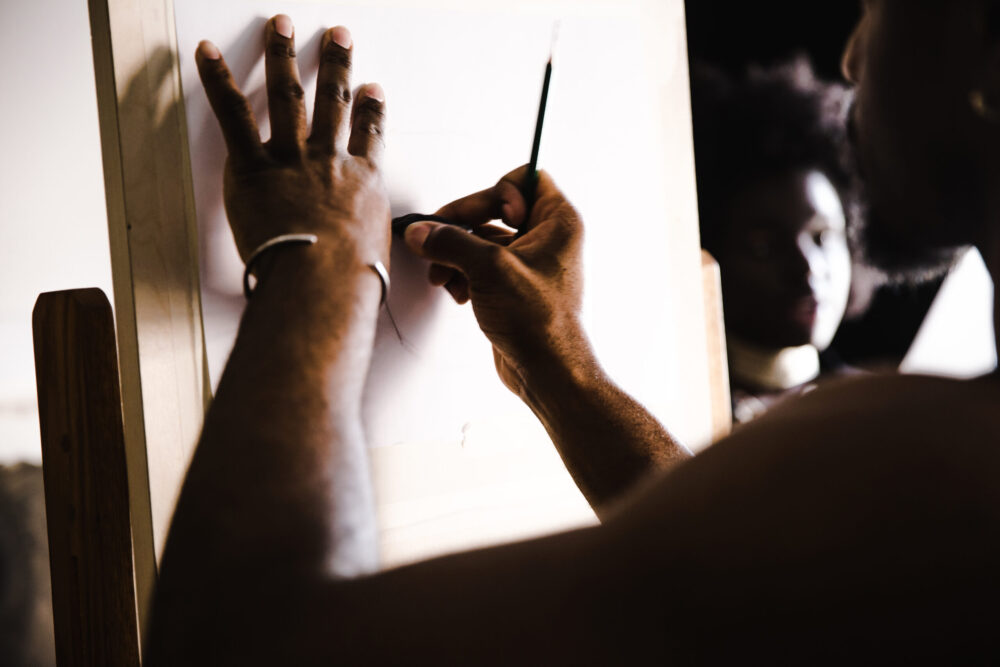 What? Math and art? Yes, in fact, many of the fundamental talents in art and arithmetic are quite related. Spatial reasoning abilities as well as the capacity to discover patterns are required by both arts and mathematics. Geometry is utilized by artists and mathematicians in their work, including forms, symmetry, proportion, and measurement.

Perspective is an important aspect of art that is also used by mathematicians to calculate and understand spatial relationships. Even the Fibonacci sequence, which appears in plant growth and natural formations, has been used as an inspiration for artists. It’s no wonder that many great artists are also skilled mathematicians!

When it comes to sketching people or objects, artists use basic geometric shapes to construct their drawings. This is because the shapes are simple and can be used to create a likeness of what is being drawn. For instance, by using basic geometric shapes like circles, squares, and triangles, an artist can easily create the outline of a person or object.

For example, if a caricature artist is drawing someone, they may use circles to create the head and body, and squares for the hands and feet. This is a primary way to quickly create a likeness of someone. Obviously, they go much further but that is the foundation on which to begin.

In addition to using geometric shapes, artists also use math in their work by creating patterns. A pattern can be something as simple as a repeating design or it can be a more complicated mathematical equation. By using patterns, artists can add interest and complexity to their work.

How can you use mathematics in the design of creative works?

Mathematics goes hand in hand with art and design because the human brain appreciates and understands consistency. For this reason, symmetry, balance, exactness, and proportion are such essential parts of a design. It is also why patterns frequently appear in art and design.

These mathematical concepts can add interest and sophistication to a work when used correctly.

However, it is important to note that mathematics should not be used in an overt way in art and design. Just as too much seasoning can ruin a dish, too much math can ruin a work of art or design. The key is to use just enough so that the viewer appreciates the complexity and sophistication of the work, without being aware of the mathematics that created it.

Why is math important in graphic design?

Math is used all the time in Graphic Design. Things such as measurement, alignment, proportions, and ratios are mathematical concepts often used by graphic designers to make their designs well-balanced and attractive. In fact, a graphic designer’s job is to use shapes, colors, and typography in an aesthetically pleasing way to communicate a message.

Often, graphic designers will use the Golden Ratio or the Rule of Thirds when creating their designs. The Golden Ratio is a mathematical equation that is often used in nature and art. It is a ratio of 1 to 1.618 and is found throughout the universe. The Rule of Thirds is a photography principle that suggests breaking an image down into thirds, both horizontally and vertically. This creates nine equal parts and helps to create a well-balanced photograph.

Both of these principles are examples of how mathematics can be used in art and design to create a well-balanced and visually appealing piece.

Graphic designers must have a strong understanding of mathematics in order to create successful designs. By using mathematical concepts such as the Golden Ratio and the Rule of Thirds, they are able to produce aesthetically pleasing works that communicate a message effectively.

Photographers also utilize this rule when composing their shots. By understanding how mathematics can be used to create a well-balanced image, they can take photos that are more appealing to the eye.

The Golden Ratio is a design concept based on using the Fibonacci sequence to create visually appealing proportions in art, architecture, and graphic design. The proportion, size, and placement of one element compared to another create a sense of harmony that our subconscious mind is attracted to.

The Fibonacci sequence is a famous mathematical formula. The sequence is made up of numbers that are the sum of the two numbers that come before them. So, it goes: 0, 1, 1, 2, 3, 5, 8, 13, 21, 34 and so on. This sequence has been called “nature’s secret code” because it is found throughout the natural world.

The Fibonacci sequence can be seen in the petals of flowers, the shell of a snail, and even in the arrangement of leaves on a tree.

But the Fibonacci sequence doesn’t just stop at nature. In graphic design, we refer to it as the Golden Ratio. It can be applied to everything from logo design, print design and website design.

How is math used in web design?

In addition, web designers use mathematics when creating websites. They must consider things such as how much content to place on each page, what size and shape the pages should be, and how to make the text readable. All of these factors require a knowledge of mathematics in order to create an effective website.

For example,  a web designer might choose to use a grid system when creating their website. A grid system is a grid of horizontal and vertical lines that helps to create a well-organized and visually appealing layout. By using a grid system, the designer can ensure that all of the content on the page is evenly spaced and looks polished and professional.

Math is also used in web design to create responsive websites. A responsive website is one that changes its layout depending on the size of the screen it is being viewed on. This is done by using CSS (Cascading Style Sheets) to create different layouts for different screen sizes. CSS is a language that allows designers to style HTML elements, such as headings, paragraphs, and images. By using CSS, a web designer can create a website that looks great on any device, from a laptop to a phone.

How Do Artists Use Math in Their Work?

Mathematics is an important tool for all artists, graphic designers, photographers, web designers, and the like. By understanding how to use mathematical concepts such as symmetry, proportion, and patterns, they can create well-balanced and visually appealing designs. Mathematics is an integral part of art and design, and it is used in many different ways to create beautiful and effective pieces.

In conclusion, mathematics is a powerful tool that artists and designers can use to create beautiful and interesting works. By using geometric shapes, patterns, and mathematical concepts, artists can add interest and complexity to their work. 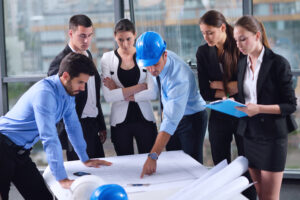 Next post What Are the Common Problems of Communication?